YouTube keeping you from sleeping? Here are 7 things to try.

If YouTube is keeping you from sleeping, you’re likely not the only one since millions watch it every night.  It can be incredibly addictive because there’s always something new and engrossing to click on.

Binge watching YouTube can make it harder to fall asleep and get enough sleep cycles of deep restful sleep.  In this article, we talk about what it does to your brain and sleep-wake cycles, the signs of addiction, and practical things to try.

You’re not the only one YouTube is keeping from sleeping!

Before turning out the lights, you say you’ll watch YouTube to help you wind down.

Just a video or two…

After all, it’s been a long day.

You look at the clock in horror and see it’s 2AM!  With dread, you finally put your smartphone away knowing the you’re going to pay for it the next day.

Congrats, you’ve been sucked down a YouTube rabbit hole.

Statistics would say you’re not the only one.  Millions have likely been there at one point or another.

YouTube has roughly 2 billion users watching over a billion hours of video every day. In the US, 73% of adults watch it.

That’s a lot of people who could be binging on YouTube late at night when they should be sleeping.

We love YouTube because there’s so much interesting stuff at your fingertips, but it’s so interesting and engaging it can be hard to stop watching.

And that’s a problem, especially at bedtime, because it can wreck your nights and days if you’re not careful.

Currently, over 30% of adults worldwide wake up sleep deprived.  My guess is that watching YouTube too much is keeping millions up at night and making things worse.

Which is why we need to candidly talk about what YouTube does to keep you from sleeping and what you can do to stay out of those YouTube rabbit holes so you wake up more rested the next day. 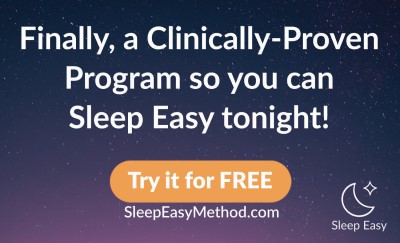 One of the reasons YouTube keeps you from sleeping is because it’s so incredibly addictive.

There’s always something new down the rabbit hole.

According to American Society of Addiction Medicine, an addiction involves behaviors that become compulsive and continue despite the harmful consequences.

In the US, one in eight adults experience an internet addiction.

So, how to know if you’re a YouTube addict?

Some of the warning signs include:

Those videos are are pretty engrossing?

They can also get you wired up.

It’s also believed that every YouTube thumbnail and video you click gives your brain a dopamine hit which rewards the behavior. It feels good so you do it again.

And that’s in part why YouTube is so addictive.

Okay, let’s talk about what YouTube actually does to cause problems for your sleep.

First, when you stay up past your bed time your body won’t get enough get enough deep restful sleep.

A full sleep cycle through the four stages of sleep is roughly 90 minutes long.  Experts recommend you get between 7 and 9 hours of sleep so that you go through enough completed sleep cycles so that you wake up feeling refreshed.

(You can read more about this here.)

This won’t happen If you go to bed at 2 am and get back up at 6 am.  It’s just not enough time for the 4 to 5 sleep cycles that experts recommend.

Secondly, the light from electronic screens can make it harder to fall asleep.

It turns out the body’s natural cycle is regulated by light and blue light is thought to slow the production of melatonin, a hormone that tells your body it’s time for sleep.

Finally, as mentioned earlier, all that stimulating content can get you excited and wired up making it harder to fall asleep.

So, that’s what YouTube does – it makes it harder to fall asleep and you don’t get enough cycles of deep restful sleep. What to do if YouTube is keeping you from sleeping

What to do if YouTube is keeping you from sleeping

So, now we get to the good news – there are steps you can take so that YouTube doesn’t wreck your sleep.

And if you’re feeling your getting addicted to it, there are practical things you can do to wean yourself off of YouTube.

What you do during the day, evening, and at bed time can make a big difference.  Bad sleep hygiene can sabotage everything else you do to improve your sleep.

Depending on your situation, you may need earplugs or white noise from a fan to block out nuisance sounds in your surroundings.  For excessive light, you may need a sleep mask or dark out curtains.

The important thing is to make sure your bedroom is set up as best you can for quality sleep.

Here are some practical things you can try to keep YouTube from ruining your sleep:

This may seem obvious but it’s the first thing to try.  Make a serious commitment to a set amount of time at night, say 30 minutes, and turning off your devices. Set a timer – it’s so easy to lose track of time with YouTube.

For smartphones and tablets, you can try an app timer to set a limit for YouTube usage:

For this to work, you have to be pretty serious and disciplined.  If you’ve probably already tried this and struck out, read on…

2) Extend your bedtime routine to include some YouTube time

Maintaining a regular sleep routine is an important part of sleep hygiene.  You need to allow enough time for your body to settle down and go sleep at the same time every night.

If YouTube has become an important part of your evening routine, try giving yourself more time to wind down and scheduling in some YouTube time so you’re not staying up as late.

For example, if you normally go to bed at 10P, start an hour earlier and allow yourself 30 minutes of YouTube time to get your nightly fix before switching to something less stimulating.

As I mentioned earlier, bright electronic screens can throw off the body’s natural sleep-wake cycle.  The best remedy is to avoid or limit your use of electronic devices in bed at night.

If you’re going to watch YouTube (hopefully for a limited time), you can try blue-light blocking glasses to minimize your exposure.

If you’re not sure what to try, you can find a couple options listed here.

Another thing worth a try is switching your devices to night mode. It’s a built in option that shifts your display to warmer colors thought to affect your body less:

More about how blue light blocking glasses can help

4) Find something different to help you wind down

The suggestions listed so far don’t work if you still have a hard time stopping.  It’s been said that the best way to stop a bad habit is to replace it with a good one.

Try switching from YouTube to something different to relax – reading a book, quiet music, relaxation exercises such as yoga, a quiet chat with a spouse or roommate.

5) Enlist the help of your spouse or partner

A spouse or partner can help stick to your goal to limit evening YouTube use.  Also, if they’re binge watching YouTube in bed at night while you’re trying to stop, that can make it harder for you.  You may need to commit together to a plan and keep each other accountable.

This may seem a bit drastic, but for some, it may be the only way to wean off of YouTube.  Fortunately, there all sorts of tricks to block it on a computer, tablet, or smartphone.

It’s another drastic option but worth considering if the temptation is still too great.  As an alternative to blocking the YouTube app, you can completely remove it from your device.

How to do it:
Android devices (phone, tablet)
iPhone
iPad

8) Get help from a therapist

If you’re finding you have a serious addiction to YouTube, a therapist can be helpful.  These days you can find therapists and self-help treatment groups focused on internet addictions.

How to Go to Sleep

6. “6 Signs That You’re Addicted To Something”, Nov 2014, Psychology Today website

7. “How YouTube is Addictive — Recommendation Systems & its Impacts”, Sep 2019, Medium.com

Better Sleep Simplified was founded as a place for you to get clear and well-researched information.

What is sleep apnea?

12 of the Latest Sleep Apnea Devices

How to get sleep apnea help if you don't have insurance