It’s no surprise so many people can’t sleep after moving given the stress of moving.  Other reasons people struggle include a change in routine, an unfamiliar or uncomfortable sleep environment, and the presence of new people.

For better sleep, your options include stress management, improving your sleep environment, maintaining a relaxing evening routine, staying on schedule, sleep aids, and seeing a doctor to check for underlying issues.

You’re not the only struggling to sleep after moving

Moving is stressful enough all by itself, right? When you can’t sleep after moving it totally ups the stress level.

I once struggled with nightly wakeups when I moved from a major city to a town in which a train passed through with horn blaring on a regular basis.

Maybe you’ve moved from the country to the city…

Or from an apartment to a house…

It could also be that your housing setup is similar and you’re just changing locations.

All the same, it can be pretty frustration when you’re not getting the sleep you need.

You should know you’re likely not the only one as it’s pretty common.

In a survey of 2,531 people, 74% of respondents said that their sleep patterns had been negatively affected by moving.

In a more recent survey, the majority of people reported that they found moving stressful and some said that their sleep was wrecked more than a week before the move!

There are reasons why sleep is elusive in your new digs.  Among the most common reasons people can’t sleep after moving are:

Stress and anxiety are among the biggest challenges for sleep.  Many people find the moving process stressful.

Unsurprisingly, in surveys it’s one of tops reasons people say they can’t sleep.

You’re in a new sleep environment

An unfamiliar surrounding is also at the top of the list of reasons people say they struggle with sleep after moving.  So many things can change when you move.

First, there’s the unfamiliar sounds and smells of your new bedroom.  Your brain is naturally going to be on alert for a while as it learns the “new normal”.

Secondly, your bedroom may not be as comfortable for you whether it’s excessive nuisance light or background noise.

(Noise pollution is another one of the biggest reason people say they can’t sleep after moving.)

A temperature too uncomfortably hot or cold can also make it hard to sleep.

You may not be feeling as snug and comfortable as before.  It could be you’re sleeping on a different bed with different bedding or missing the items you’re used to having around you in your new sleeping space.

Or maybe your bed is now closer to a window or door than you’re used to.

There are new people around you

If you’ve moved somewhere where you’ve got new room or housemates, their activities may through off your pre-bedtime routine and can also intrude on your sleep.

Getting used to a new roommate, housemate, or partner can be challenging.

It’s hard to transition to sleep if you’re hyped up and thinking about your place.  Your mind is going to be racing with thoughts as you excitedly make plans.

Instead going to bed like you normally would, you’re staying up late working on unpacking and getting things setup.

It could you’re staying up later than normal hanging out with the new people you live with.

If you’ve moved to a new time zone, your natural sleep-wake cycle can get out of sync with local time making it harder to fall asleep.

Depending on the situation, a move may be draining and emotional.  If you’re feeling down about the change, it can make it harder to sleep as there’s a strong link between depression and insomnia.

What’s worse is that your poor sleep can increase your risk for depression.

Obviously, if you continue to struggle with sleeping after a move you need to do something.

As stressful as things seem during the transition to your new place, poor sleep is sure make things worse.

Sleep deprived people don’t think as clearly, have a harder time coping, and don’t perform as well at school or on the job.

Relationships and intimacy can suffer.

Would you believe studies have found that when you’re sleep-deprived what it does to your brain is the same as being drunk?

That’s a whole lot at stake.

How long does it take to get used to sleeping in a new place?

You should there’s no good hard numbers to go on for this since it hasn’t been well studied.

And I shared with you the long list of things that can make it harder to sleep after moving.

Keep in mind that you’re going to go through a natural adjustment when your sleeping space changes.  I’ve already mentioned how your brain has to adjust to a new normal because you’re experiencing new sounds and smells.

So, if you can’t sleep after moving, it may take days, weeks, or even longer to get back to your normal sleep patterns.  It all depends on the specific issues you’re struggling with.

The sooner you can deal with the sleep obstacles in your control the better whether it’s nuisance noise, excessive light, or something else.

Okay, now that you have a better idea of what you’re up against, let’s see what you can do on those nights you’re laying in bed wide awake.

The good news is that there are plenty of practical remedies that can help people who can’t sleep after moving.  Obviously, what you do will depend on the specific issues you’re struggling with.

Depending on your situation, you can try: 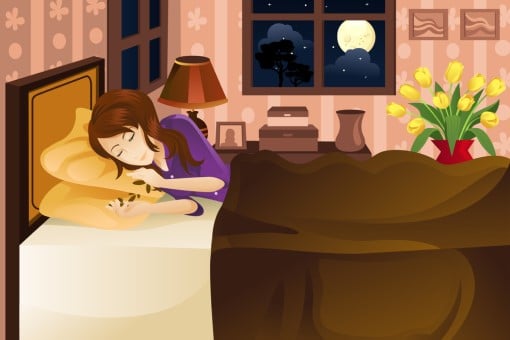 1) Make sure your bedroom is turbo-charged for sleep

The basic rule is to keep your bedroom dark, quiet, and cool.

Intruding sounds can keep someone from falling asleep and out of deep restful sleep even if they’re not awake.  You can try ear plugs, sound proofing your room, and a white noise machine.  (An old household fan may do the trick.)

Bright light affects the body’s natural sleep-wake cycle and keeps you from feeling sleepy.  (Even small amounts of ambient light can cause trouble.)  Your options include a sleep mask and black out curtains.

Cooler room temperature helps the body’s natural sleep process.  Studies suggest that a room temperature between 60 and 67 degrees Fahrenheit is optimal for sleeping with 65 degrees being the sweet spot.  Depending on where you live, you may need AC for additional cooling or a portable heater.

Whether it’s bedding, decorations, furniture, or other comforting items, get as many as you can of your normal bedroom accessories unpacked and setup sooner rather than later. It’s tempting to keep unpacking and setting things up, but that can come back to bite.  Ditto if you’re staying up later than usual hanging out with people.

Stick to a regular bedtime schedule and make sure you give yourself time to unwind in the evening.  It’s help your mind and body transition to sleep. 4) Avoid anything that can make it harder to sleep

It’s important is to avoid doing the wrong things as you pass the time.  If you’re not careful, you can get yourself even more wired up and anxious, making it even harder to sleep.

What you want to avoid is: 5) Have the right mindset

If you’re overly anxious or negative about what’s happening, that will make it even harder to sleep.  Instead, keep in mind you’re going through a process, focus on the positives, and be patient with yourself.

Do whatever you can to keep the stress down as you adjust to your new living situation.

Some simple things that may help are: Progressive muscle relaxation is a technique where you tense and then relax one muscle group at a time.  It has been found to help with stress and insomnia. 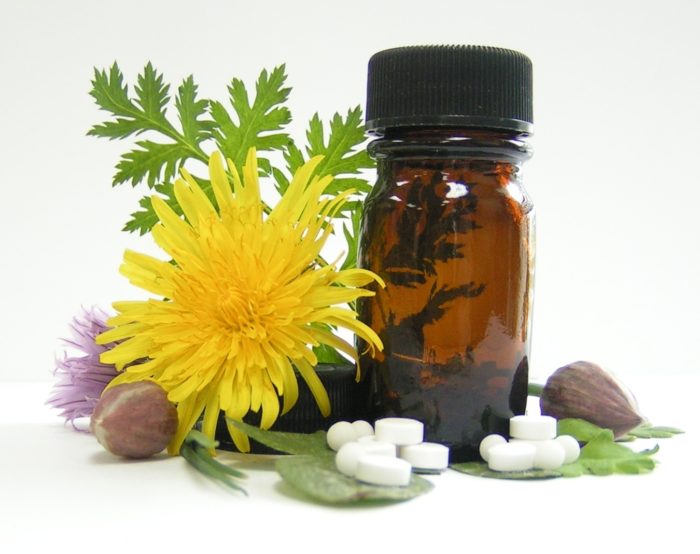 There are all sorts of natural sleep aids that can help the body transition to sleep.  Some have been more tested than others and some are beneficial when combined with other ingredients. There’s lots of reasons to get out and do something physical.  Exercise is a natural stress reducer and mood booster. It also promotes deep sleep.

So get out and move your body whether it’s a bicycle ride, swimming, or just a walk around the neighborhood. 10) Stick to your normal sleep schedule

Your body is in tune with day and night through sleep-inducing hormones like melatonin which helps regulate the sleep-wake cycle.

As tempting as it is to unpack boxes and work on getting things set up in your place, that will come back to bit you later when you lose out on valuable sleep or get your wake-sleep cycle out of sync.  Ditto, if you’re staying up too late hanging out with others.

Other things that will make it easier to sleep

A change of location isn’t the only thing you’re up against if you can’t sleep after moving.  Sadly, there’s a long list of things that affect sleep and many of them are all too common.

The good news is there are some other things you can check for that can make a big difference for your sleep.

You need to practice good sleep hygiene, the everyday habits known to affect sleep.  I’ve already mentioned the importance of your sleep environment and sticking to a regular sleep schedule.

For better sleep, you should:

B) Get a check up

Seeing a doctor can be helpful, especially if poor sleep is an ongoing issue for you.  Many people are surprised at how many health issues can make it harder to sleep.

The list includes chronic pain, heartburn, cancer, dementia, asthma, and even medications.  You may also be living with an undiagnosed sleep disorder such as sleep apnea.

When is the last time you’ve had a physical?

If you don’t deal with these underlying issues, you may be just sticking a band aid on things.

It’s not uncommon for people to feel stressed and a bit depressed after a life change such as moving. Unfortunately, stress, anxiety, and depression are major challenges for sleep.

So, if you still can’t sleep after moving, it’s worth having a chat with someone if you find yourself feeling down or overly anxious about things lately.

A type of counseling known as cognitive behavioral therapy (CBT) has been found to be effective for both anxiety and depression.  It focuses on changing thinking and behavioral patterns.

What to try if you’re too excited to sleep

10 things to try if you’re losing sleep over politics

How to prevent holiday insomnia

1. “How Moving House can Devastate your Sleep – Stress tops the poll of moving-related sleep-woes”, 2015, Ergoflex.co.uk

3. “Sleep Deprivation Has The Same Effect as Drinking Too Much, Says Study”, 2017, Science Alert