If you’re wondering how long nicotine keeps you awake, here’s what we know and what you can do

How long nicotine keeps you awake will depend on a number of factors.  It generally has a half-life of 1 to 2 hours in the body which means it can linger for hours to cause sleep problems.

Exactly how long will vary from person to person depending on age, genetics, hormones, and other health issues that affects how well the body removes nicotine.

There’s also nicotine withdrawal which can cause you to wake up and sleep less deeply.  Fortunately, there are practical things you can do to fall asleep more quickly and to keep your sleep cycle on track.

Nicotine users twice as likely to run into sleep trouble


So, you’ve had a nicotine hit too late in the day and now you’re struggling to fall asleep?

Or perhaps, you just needed a little extra focus to get something done.

Regardless of how you got here, it’s all the same – you’re lying in bed wide awake, frustrated, desperate for sleep, and watching the clock tick.

If this describes you and you’re wondering how long the nicotine will keep you awake, you’re not the only one.

In the US, there are 34 million adults who smoke cigarettes, not including people who get their nicotine in other ways such as chewing tobacco or vaping.

According to the CDC, one in three adults in the US struggle with poor sleep.

From research, people who smoke are twice as likely to have sleep problems.  They’re also four times as likely as nonsmokers to wake up feeling unrested after a night’s sleep.

I wouldn’t be surprised if it’s the same for tobacco chewers or vapers.

Unfortunately, most people aren’t aware of the extra challenges that nicotine poses for sleep.

Yes, it makes it harder to fall asleep but it can ruin your slumber in other ways too.

Let’s take a look at what’s happening, how long the nicotine can stick around and cause problems, and some practical things you can do about it.


We all know that nicotine, like caffeine, is a stimulant.

Would you believe that once it enters your bloodstream , it reaches your brain within seconds?

It can do all sorts of bad things to screw up your sleep cycles.

Initially, a hit of nicotine can make you feel more relaxed and alert.  However, it also raises your heart rate and makes it more difficult to fall asleep.

However, falling asleep isn’t the only issue.  During the night, nicotine can cause you to wake up more frequently AND sleep less deeply.

When it comes to sleep, it’s not just how long but also how well you sleep.

And uninterrupted deep sleep is what your body needs so that you wake up feeling refreshed and ready to go.

Unfortunately, because of the additive power of nicotine, you can experience withdrawal symptoms while asleep which causes your body to crave more of it and wake you up for another nicotine hit.

So, nicotine too close to bedtime is not just making it harder to get to the promise land of sleep.  It’s also ruining your visit so that when you get back home you feel like you didn’t go anywhere.

Now, we get to what you really wanted to know – just how long a nicotine hit can stick around and make it hard to fall asleep.

Unfortunately, this issue hasn’t been directly studied.  However, we can take a look at what happens once it’s in your body.

Researchers can track how long it sticks around by analyzing your blood.

What they find is that nicotine has a half-life of 1 to 2 hours.  (That’s how long it takes get rid of half of the nicotine you consumed.)

What this means is that a hit of nicotine can stick around and affect your sleep for hours.  Whether it’s shorter or longer will vary from person to person depending on individual factors.

Some of the things that affect how quickly your liver removes the nicotine include:

Age – older people generally take longer to get rid of it

Kidney problems – If you’re kidneys aren’t working the way there supposed to because a medical issue, that will slow down removal from the body

Bottom line, you could be looking at hours before you fall asleep and once the nicotine levels drop off your body wakes you up for another hit.


Right now, you’re probably wondering if there’s anything you can do to shorten the time nicotine keeps you awake.

One thing for sure, you need to avoid doing anything that can get you even more wired up and anxious.  That can prolong the time it takes you to fall asleep making a bad situation worse.

Instead, you want to do things that will help calm your body down and make it easier to transition into sleep as the nicotine wears off: Soothing music such as quiet classical tracks can help calm down the body and mind, making it easier to fall asleep. Reading can take your mind off things, be sure to avoid those page turners that can keep you up too late. Studies have shown that lavender essential oils can help relax the body and promote sleep. Simple breathing exercises are another way to relax the body and promote sleep. A little gentle stretching in the evening has been found to help relax the body and mind in preparation for sleep.  You may want to try yoga which combines stretching with breath control. 6) A warm shower or bath

A temperature dip in the evening before bedtime is one of the cues that tells your body it’s time for sleep.

There are also things you can do that may help the body more quickly remove the nicotine:

Drink water – Staying hydrated during the day and evening can help dilute the nicotine and also make you urinate more to remove it.


We’ve talked about what you can do if you run into trouble. Let’s look at what else you can do for better nights. Avoid nicotine in the evening:

If you’re serious about avoiding nicotine insomnia and keeping your sleep on track, you should avoid nicotine for at least 2 hours before bed time.

Some research suggest you may want to stay away from nicotine as much as 4 hours. 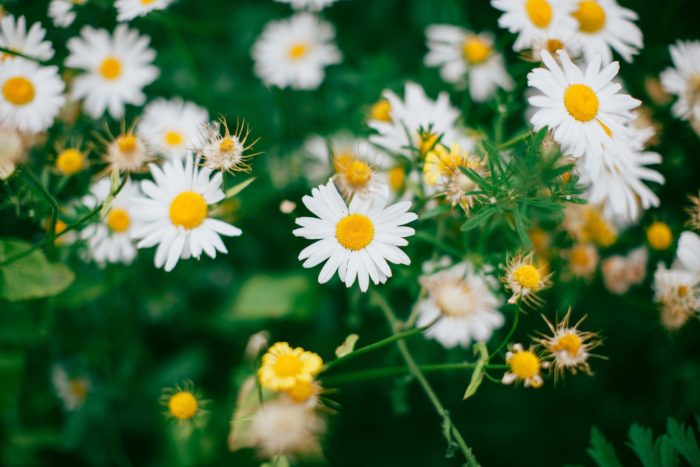 Try some nicotine alternatives to relax:

Nicotine isn’t the only way to relieve stress.  We’ve already talked about relaxing activities such as music, stretching, and a warm bath or shower.  Exercise is another great way to fight stress.

Herbal remedies worth a try include: Your everyday habits can set the stage for deep restful sleep.  Poor sleep hygiene will sabotage the other things you do to improve your sleep.

For better sleep hygiene, you should: Get a check up:

Nicotine use may not be the only thing ruining your sleep. Anxiety and depression can take a toll on sleep.

Many other health issues are linked to poor sleep, including chronic pain, heart burn, and asthma.

You may also be living with an undiagnosed sleep disorder such as obstructive sleep apnea.  What’s worse, smoking is believed to increase the risk for sleep apnea.

It’s well worth it to see a doctor, especially if your poor sleep has become an ongoing issue. Wean yourself off of nicotine:

Okay, this one is pretty obvious, but I had to put it on the list. Depending on your situation, I understand this may be easier said than done.

And there’s a right way to do this so that you manage the withdrawal symptoms as you cut back on your nicotine.

A few places for tips to help you along the way:
7 things to do before you stop smoking
How to Quit Smoking Cold Turkey (Healthline.com)
Ready to Ditch Vaping? 9 Tips for Success (Healthline.com)

Sleep apnea and vaping, it’s more serious than you think